The Art of Jamming 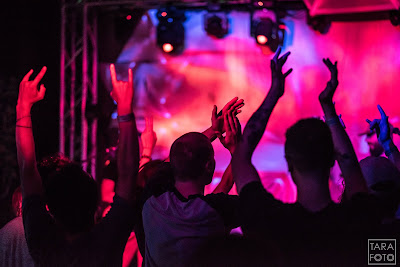 I love jamming and improvising sooooooo much. When you are really in the heart of jamming, everyone is speaking with and listening to each other at the exact same time. It’s an incredible way to simultaneously express yourself and communicate with others, both with those you’re making music with and those in the audience. One of my favorite things about making music in the moment is that it’s almost entirely dependent on the atmosphere and energy of those in the room. Whether playing with friends, rehearsing for a show, or playing to a packed house, the environment the music and the state of the people that make it is made in such is a huge factor as to where it goes (Click this link to hear one of my favorite jams from my band).

If it’s hot as balls while outside at a music festival like Summer Camp, hearing a more chill groove is great because give the body a chance to do just that, while still keeping it moving. On the other hand, if you’ve been waiting outside for hours and hours in freezing temperatures to see the first Oysterhead show in about a decade, you are ready to get loud and get down, with 10,000 other people feeling similarly. Sometimes the jam during a slow song might blast off and soar through the roof at a completely different tempo and key than the one you started in because everyone in the audience is going bananas and only wants the energy to get that much higher than it already is. On the other hand, if the band has really been playing with fire with roaring energy for half an hour, a reggae or dub feel in the middle of a banger gives such a great breather to relax and recharge to have that much energy for the rest of the show.

And then there's the lights! Along with the front-of-house engineer making sure everything sounds as good as it can, a band's lighting designer is the one who really makes the music come alive. An LD is an integral part of a really good jam band. Being able to literally color whatever sounds are coming through the speakers adds a whole new dimension to a show. Being able to do so in real time as the band ventures into unknown territory and paint the picture as it's happening requires so much skill and such a profound understanding of the group's music. A lighting designer can play such an integral role that they can be deemed members of the band. Chris Kuroda, the LD for Phish, is often referred to as "CK5" or the fifth member of the band (like Billy Preston being the 5th Beatle). A really good light show enhances whatever the emotion of the song is. Whether bathing the entire audience in bright white light at the peak of a jam, or a deep red cloaking the band during a heavy rock and roll section, lights and the person behind them really help the music come alive.

A great jam band and lighting designer alike know how to showcase different styles and feels that emerge in any given song or section of improvisation. With jamming, everyone involved in creating the sound and color of that night's event has to listen to each other incredibly well. Though I love being able to shred and really let loose on the guitar, one of my favorite things to do in life is to lay back, listen, and get a groove going off of what other people are playing. As such, the jam tends to have a more simplistic nature on my end. Rather than the spotlight-shining-nature of a solo, jamming is more about being able to build off of what the group has to say. When you play more texture-rich than constantly changing chords, it's easier for others to have their say say provides more of a backdrop than a focal point. When someone lays down a more simplistic than complicated riff, it's easier to match up with and better yet harmonize with that person. When your more focused on listening and hear the bassist and drummer locked in on a groove, it’s easier to emulate that a similar rhythmic pattern on your instrument. When you can lock in on rhythms and melodies that are completely improvised, suddenly you are songwriting on the spot. And when a great jam like that happens, it's indescribably fun to be a part of.

Click this link to listen to a jam from my band Alpha Pegasi, and let me know what you think in the comments below!