Music: The Most Powerful Language?

Is there a language more powerful than music? 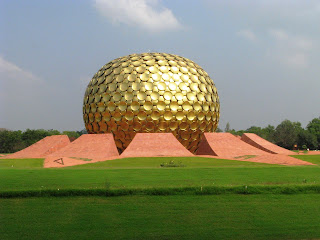 You can easily make an argument that music is the most understandable and universal language on the planet. It’s felt and heard even before birth with the rhythm from the heartbeat of our mother. A single band or musician can bring together thousands even millions of people to form a community centered around music. The emotion, energy, and feeling music gives to people goes well beyond words of written or spoken language. It can instantly put us in a good mood and make us feel that much better about where we are at any point in time. Being able to bring out a good mood in myself and everyone who listens to the music I create is a key component of the music I make (Click here for a sample!).  At the same time when times get tough, we can turn to a certain song or artist that expresses the emotions we are feeling to get powerful reminder that we are not alone in feeling the way we feel.

Everyone experiences emotions and music is an ultimate conduit to expressing the emotions that come with being human. In addition, everyone can feel and even make music. Everyone can dance. Everyone can sing. With practice, everyone can play an instrument. Although food and water are the substances we need to survive, music is soul food that keeps our spirits alive. Music at it’s core is a language without words, a language that transcends words. Perhaps the most I ever felt this powerful truth was shortly after I landed thousands of miles away from the shores of my home country.

What was in many ways the best semester of my college career was not spent in a college, institution, or anything close to it. I was blessed with the opportunity to study abroad in India for 4 solid months. A group of 9 of us made the plunge to an area none of us had ever been to called Auroville. Recognized by the Indian government as its own entity, Auroville is a place like none other. It is both part of, though independent of, the country of India. As Auroville’s core is focused on all-things sustainability and spirituality, it was the perfect setting to do just that. One of the most distinguishing features of Auroville is called the Matrimandir (pictured above). Meditating inside this giant, silent, golden ball provided incredibly profound experiences time after time. I was lucky that it was so close to where I got to live. The home base for our study abroad group was a sort of tropical-weather-paradise of a place called Verite, French for “Truth” the open airs, gardens, and showers made up our “campus” for the next few months.

Palm trees and greenery were everywhere you looked. It was nearly an entirely self-sufficient arrangement. Water usage was completely recycled and filtered on site. What was grown in the gardens was put on our plates in the morning, along with other food from farms in the area. There were four main buildings at Verite. There was a dining area where we enjoyed most of our meals. The “quiet zone” was a sweet space to relax and it contained a pool where small fish would nibble on and clean dead skin from your feet (talk about tickling!). A big round room also served as “Town Hall,” with yoga classes, sound healing sessions, and various lectures held on site. There was also another completely circular shelter that formed the Common Area close to our living spaces. Here was a place for anyone and everyone who was staying on that site. Fortunately for me there were a few musicians in the abroad group that year. On top of jamming on various rooftops, we also played a lot in the Common Area.

One night, Trevor, Ty, Tim, and I decided to jam there. During our stay, we actually got booked to play while abroad. Our band name was “The OM Collective,” OM being short for Overseas Musicians. Cute, I know. On one particular evening, already there were a guy and a girl who we’d never seen before. A lot of different people from a lot of different countries stayed in Verite to. We nodded to each other, got our guitars and drums and started to play. The other two in the room got up and left without a word. Everyone’s a critic! Much to our surprise the guy came back with a beautifully carved, dark grain flute. Oh! So that’s where you were going. Over the past couple of days before that night, we would hear these gorgeous melodies ringing in the air throughout Veritie. This was the guy that was making them.

Before we started playing I asked, “What key should we play in?” The response came back in a language I couldn’t understand. This guy didn’t speak a lick of English, neither did the woman there, and none of us knew their language. Regardless, he began to play. B minor it is. We eased our way into it and within a good 5 minutes we were trading solos. Trevor, Flute Man, myself, Tim, Ty; all of us having our own say while collectively keeping the conversation going.

That first jam we had with him was probably a good 15 minutes. Once it came to a close, it was all smiles from everyone. We even laughed at just how amazing that was. You don’t need words to understand happiness. We felt it and shared it individually and collectively. That was one of my favorite experiences ever making music. I’ve gotten the chance to play Main Stages at music festivals. I’ve played hundreds of shows at venues throughout New England and have begun to play live recently out West after moving to Colorado. But of all the raging house parties, all of the bars, all of the venues, all of the festivals, that one jam with Flute Man in India solidified the power of music as a universal language more than any other experience I’ve had.

Click this link to hear of the first single from my band Alpha Pegasi! I would love to know what you think of it in the comments below.
Posted by Alpha Pegasi at 9:00 AM