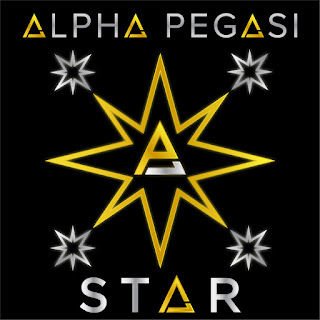 I organized silverware and plates as quickly as I could. Forks, knives, and spoons shot into their correct slots. Plates flew onto stacks of the same size and shape. Linens were thrown into their bin. Next bus bucket, next bucket, next bucket. I finished and booked it to the garage to where my car was parked. Once I unlocked it and got in, I brought up the Voice Memos app on my phone and pressed Record.

It was three weeks until I hit the studio. I had a budget to record two songs. Although I love the three tunes that were in consideration, I was still completely clueless as to what original I was going to lay down up in Boulder. I knew I was going to record a cover of “Summertime (Doin’ Time)” by Sublime with a musical and lyrical twist. Take a listen to my version of it by clicking here

With that song being at 81 BPM, (Beats Per Minute) I felt like I needed a more uptempo tune to balance the other out. Two of the originals in question were a little on the slower, groovier side and the other was at running pace. Whatever was cooking up in my head when I was busing that Sunday night felt right.

A hair over 120, “Star” clocks in at 121 BPM. It’s great tempo to dance to, which is why a lot of House and Techno music typically features songs at or around 120 BPM. My head was bopping all the way to the car as that initial idea brewed. “Star” went through the most lyrical drafts I have ever done for any song. Usually I’m able to get “the” version of the lyrics in the second or third round of writing them. STAR TOOK SEVEN DRAFTS TO WRITE AND GET RIGHT. The 6th draft was off by a few words and I laughed looking back at a small stack of half a dozen drafts that led to the one that finally did it.

For the next three weeks, almost all my time outside of working was spent running the musical gauntlet; bouncing from drums to bass to guitar to vocals to lyrics to…gulp, keyboards. Before recording, I knew where a “C” note was on keys. Other than that, I didn’t know how to play piano. Buuuuuut, when I was touring around the studio, the last thing I was shown was the true gem of the place: a 1959 Hammond organ with a Tallboy cabinet housing a Leslie speaker.

Time to geek out for a sec. Apparently the quality of Hammonds started declining in the ’60’s and was in its prime during the ’50’s. Honestly as impressive as the year and condition of the organ was, playing through the speaker was actually the most important and most exciting part of it to me.  One of my  musical idols Trey Anastasio of Phish beautifully employs the Leslie rotating speaker to get these otherworldly swirling tones. Ever since I first heard it I wanted to play through one. Now I had the opportunity…I just had to learn how to play piano first.

It was a solid case of reverse engineering. From knowing where a “C” was, I figured out note by note the shapes of the chords used in “Star.” With the organ having such a rich sound, I could really just let these chords ring out. I didn't have to be concerned with too many quick changes as “Star” is a pretty simple tune. Many, many hours of practice and experimentation later, I got into something I really liked. It took a few tries to really nail it in the studio, but the gorgeous and lush tones of that ’59 Hammond and Leslie speaker really shine on “Star.”

Next week come 7/20/20, "Star" will be released on all major streaming sites. Take a listen to a preview by Clicking Here!

STAR BY THE NUMBERS
Posted by Alpha Pegasi at 9:00 AM